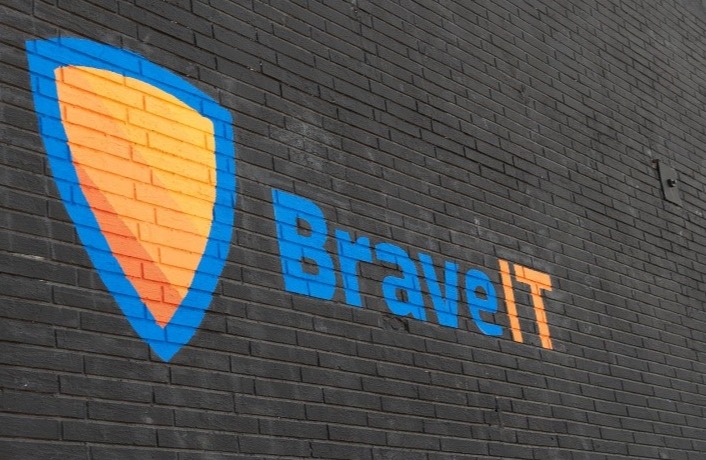 The IT industry has a diversity of technologies, opportunities and challenges--from AI and cybersecurity to supply chain automation and virtual reality. So, it’s fitting that TierPoint’s second annual BraveIT conference, to be held September 19, 2019 in New York City, will reflect that diversity, starting with its two uniquely different keynote speakers.

BraveIT 2019, which will take place in the Intrepid Sea, Air & Space Museum, on the former aircraft carrier Intrepid, will open with a presentation by cybersecurity expert Major General Brett Williams, USAF (Ret.).

Major General Williams, the co-founder of IronNet Cybersecurity, is a national speaker and educator on cybersecurity problems and solutions. His presentation will focus on the current cyber threat landscape and strategies for safeguarding IT networks and data.

As a leading expert on cybersecurity, Major General Williams has appeared on national news shows including NBC's Meet the Press with Chuck Todd and ABC's This Week with George Stephanopoulos. During his 30-year career in the military, he was responsible for the operations and security of Department of Defense IT networks. Today General Williams speaks on cybersecurity issues and conducts cyber-risk training seminars.

iLuminate’s Miral Kotb on the Intersection of Art and Technology

The second, and closing, keynote speaker will be Miral Kotb, a dancer, choreographer and software engineer who will speak about the intersection of art and technology, and how technology can be used to enhance artistic expression.

Kotb developed a unique wireless technology that enables dancers to appear as neon lighted patterns on darkened stages. Her dance company, iLuminate, achieved fame in 2011 as a finalist on the show America’s Got Talent with its mix of artistic choreography and high-tech, wireless light display.

Kotb first developed the concept for iLuminate while programming iPhone applications. With a degree in computer science from Columbia University and a background in dance—she studied at Barnard College in New York—Kotb wanted to bridge the gap between technologists and artists. She and her team of dancers and programmers developed the iLuminate costumes that are programmed to change with the choreography and be controlled remotely.

Since then, her iLuminate technology has been used by celebrities including Christina Aguilera, The Black-Eyed Peas and Death Cab for Cutie, as well as in Dancing with The Stars, The American Music Awards, The X Factor and many other shows. As an IT entrepreneur, Kotb has spoken at tech conferences such as Apple’s World-Wide Developer’s Conference.

Between these two keynotes will be other not-to-miss events: sessions on cybersecurity and 5G, networking opportunities and the chance to experience an augmented reality space exhibit with Microsoft’s HoloLens. The Defying Gravity: Women in Space exhibit at the Intrepid Space Shuttle Pavilion shows the journey of Dr. Mae Jemison, the first African-American woman in space, with the help of VR headsets and the Enterprise shuttle, which is now a resident at the museum.

Some of our featured sessions:

What 5G Really Means for IT

What impact will 5G have on your business? 5G will bring faster speeds and wider coverage. But it will also have other less-obvious effects, especially when combined with data from new sources like AI and internet devices. This will be a discussion on preparing for 5G.

Which type of cloud best addresses your company’s unique needs—hyperscale (public) or hyperconverged (private)? Industry experts and IT leaders will tackle this key question facing many IT departments.

Register and Learn more about BraveIT 2019

TierPoint’s BraveIT conference is an interactive, thought leadership and networking event designed for the modern IT professional. The 2019 BraveIT conference will take place September 19 in New York City, with a variety of events, activities and speakers. You can see the full agenda, as well as register for the BraveIT at BraveIT 2019.