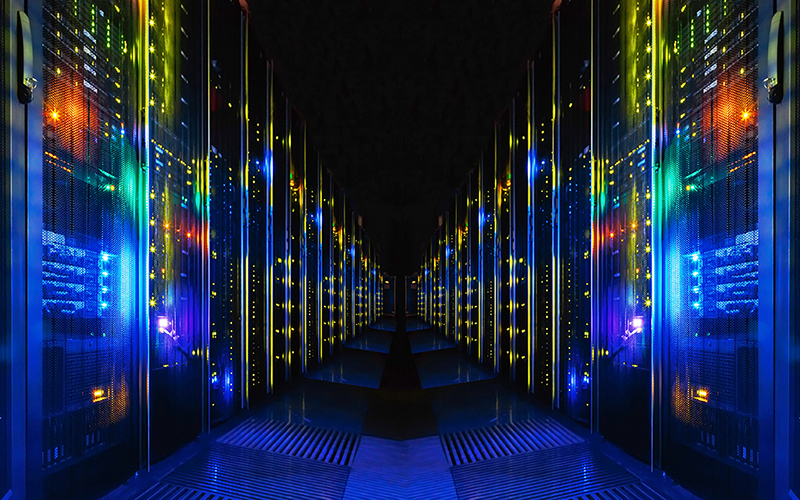 In the 1958 cinematic classic, Attack of the 50 Foot Woman, Alison Hayes plays Nancy Archer, a woman who is touched by an alien and grows into the equivalent of a five-story building with blonde hair. Waking to find herself in the land of “no longer a perfect size 6”, she proceeds to go berserk and wreak havoc on her small town and philandering husband. In a way, the 50-foot woman is a lot like the large hyperscale players since both are so big they literally dwarf everyone else. The genesis for using a 1950’s B-movie as a metaphor for the collective of rapidly replicating “big boys” is a recent Datacenter Knowledge article entitled, Hyperscale Data Center Spend was up 20% in 2017.

According to the article, the fraternity of Cloudus Giganticus spent over $22 billion on their growth initiatives in 2018. On the surface, this might not seem to be as astounding as outgrowing your entire wardrobe in a single evening, but when we add the fact that these expenditures were only for the fourth quarter of last year, we’re talking some conspicuous consumption. In total, the major devotees of hyperscale growth spent upwards of $75 billion in 2018 on expansion—a 19% increase over the previous year—which is almost as impressive as Nancy figuring out how to turn her bed linen into an ersatz cover up after finding nothing in her closet to wear, thus confirming that necessity is indeed the mother of invention.

Whether you’re grappling with a 50-foot female, or trying to compete in the hyperscale sweepstakes, there’s substantial cost to get in the game. In the spirit of go big or go home, the article asserts that if you aren’t prepared to spend at least $1 billion per quarter, it’s time to start considering a new line of business. As one might assume attempting to compete in the hyperscale world without the appropriate financial resources is an exercise in futility.

Naturally, whether you’re providing haute couture to a woman that should be wearing warning lights in her hair to prevent aviation accidents, or servicing a major hyperscaler, you’re going to have to adapt your business model. While Nancy never got the chance to shop in at the local “big-and-tall” store, data center providers are beginning to modify their offerings to better serve the needs of their exponentially expanding clientele. Some have even made the commitment to jettison elements that were previously part of their core businesses in a single-minded effort to more effectively compete in the feeding frenzy generated by these escalating space requirements.

Unlike the Archer’s friends and neighbors, who desperately sought an effective way, other than expulsion from the PTA, to put an end to Nancy’s alien-infused rampage, data center providers continue to welcome the unrestrained growth of the major cloud providers. While no one wants someone in size 193 Jimmy Choos romping through their suburban enclave, data centers whose replication rate would put rabbits to shame is another thing altogether. In the end, the only way the 50-foot woman could be stopped was by dropping a couple high tension power lines on her, I think it would take a lot more than that to curtail hyperscale growth.

TierPoint’s BraveIT conference is an interactive, thought leadership and networking event designed for the modern IT professional. The 2019 BraveIT conference will take place September 19 in New York City, with a variety of events, activities and speakers. You can see the full agenda, as well as register for the BraveIT at BraveIT 2019.