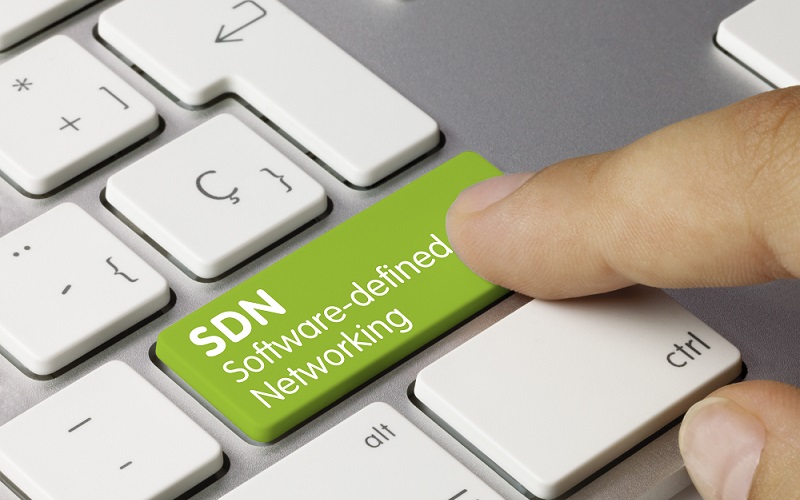 How and Why Software-Defined Networking (SDN) Works

Each day, petabytes of data move between data centers, colocation facilities, cloud providers and end users. The speed that the data travels is critical to application performance and to the end user's experience. However, IT managers are often challenged to find the perfect balance between network performance and affordability. Using the public internet is cheap but often slow. A high-bandwidth, dedicated connection offers speed but at a high cost. Enter the software-defined network (SDN), a recent approach to networking that has the potential to provide both speed and affordability.

With SDN, network services are separated from network hardware, enabling IT organizations to create programmable networks irrespective of the underlying equipment.

In the July 17 webcast What's Hot in Software-defined Networking: Solutions for On-demand Connectivity, TierPoint’s Dominic Romeo, director of product management, along with Jay Turner, vice president of development and operations for PCCW Global and Jonathan Rubin, an assistant vice president at PCCW Global, discussed the challenges that network administrators face today and why many are adopting SDN for their networks.

Why Many are Turning to Software-Defined Networking

The underlying trend that is driving SDN adoption is the rapid rise in data and network traffic, which is straining both public and private networks. This rise in traffic is driven by several factors, including mobile computing, Internet smart devices, increased video content and the widespread adoption of cloud computing.

“Traffic volumes are increasing at a ridiculous rate.  I think everyone has ten devices that have some sort of compute ability,” said Turner.

According to reports by Cisco, more than 28 billion devices and connections will be online by 2022 and  video will be 82% of all IP traffic. The cloud is a big contributor, with Cisco forecasting that global cloud data center traffic will reach 19.5 zettabytes (ZB) per year by 2021 and contribute 95% of all data center traffic.

The traditional method for increasing bandwidth is to call the local telecom provider to add a new connection. However, that means paying for bandwidth that may not be needed much of the time.

“You open a new office or expand an office and you need either a new or larger access circuit,” said Turner. “That means a two- or three-year contract for full capacity, and it can take weeks to get the circuit provisioned. “

What are Software-Defined Networks?

SDN is an alternative to those traditional methods that can potentially offer both high performance and affordability. SDN separates the provisioning and routing intelligence from the network hardware and abstracts it into software—the SDN controller. SDN includes the ability to detect packet loss, latency and congestion rates, and make real-time decisions on the best route for different types of data.

What is SD-WAN? An organization can also use SDN on its wide-area network (SD-WAN) to create, provision and manage network connections over its existing hardware, whether that includes connections, the public internet or even mobile networks.

Because SDN can create connections on demand, it’s useful for disaster recovery. In case of an outage, the network manager can spin up a backup network using any available network infrastructure, such as the public internet.

“It doesn’t really matter what that bottom layer is, because SDN comes in on top of it,” explained Turner. “Rather than having to pay for two access circuits, the SDN gives you the ability to provision that redundant circuit on demand.”

SDN may offer big benefits to users of cloud-based applications which depend on high-bandwidth connections to operate.

Data center and colocation providers have begun offering SDN products and services. An example is PCCW Global’s SDN software platform, Console Connect, which is sold through PCCW Global’s data center partners. It’s those data centers, including TierPoint’s 40-plus colocation facilities, that provide the physical connections to Tier 1 and 2 networks and to cloud providers such as Amazon, Google, Alibaba, Tencent and Microsoft Azure.

If you’re considering a SDN, there are three features that experts recommend.

SDN can help IT departments struggling to meet bandwidth needs and stay within budget by enabling them to create on-demand bandwidth and optimize existing infrastructure. It can also enable administrators to bring up new connections faster.

“SDN can make an IT manager’s life easier,” said Rubin.

For more information on the how and why of SDN, watch the webcast What’s Hot in Software-defined Networking and download “The Essential Hybrid Networking Guide.”