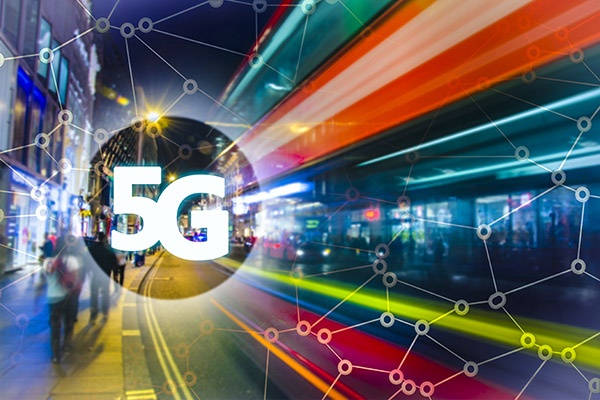 Preparing the Data Center for a 5G Future

If you read the trade press or IT blogs, you’ve probably read a lot about 5G and how, once it becomes available, the world will never be the same again. On the other hand, some talk about 5G as though it were just the next step up from the 4G world in which we live. So, which is it: evolution or revolution? And, what does it mean for the data center? 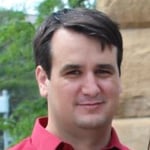 To find out, we sat down with Dominic Romeo, Senior Product Manager at TierPoint to see how he views 5G and whether it’ll be a “game changer” for his customers and TierPoint  data centers. In the first part of the interview, Dominic sets the stage by talking about the impact of 5G, comparing it to the previous evolution from 3G to 4G.

The Potential of 5G

Interviewer: Dominic, we read a lot about how 5G is going to enable things like the autonomous vehicle revolution, and that’s great, but most of TierPoint’s customers aren’t in that business. Can you start us off by putting 5G’s potential into more practical terms?

Dominic: I like to equate it to the two waves of adoption. In the early days of any technology, you get the people who are the early adopters; they’re waiting on the technology, and they’re eager to use it because they know what kind of benefits it’s going to bring. Then, if the technology is really successful, really impactful, there will be a second wave of adoption in other market areas that never even knew they needed 5G. Now, suddenly, everything about their application and end-user experience is better because they have 5G.

Now, for everyone who’s wondering how much better the experience is going to be, the best takeaway I can give is that it’s a little more meaningful than what we saw in the 3G to 4G migration. That was primarily a bump in speed, but there was an evolution in technology, too. I won’t get into all the geek speak because it doesn’t mean anything to the end user. All they knew is that when they bought an iPhone 5 to replace their iPhone 3, the internet was way faster, and they could finally stream videos.

Before we go into how the evolution to 5G is different, I should add that 4G continues to evolve, providing faster and faster speeds for end-users, and I expect it to coexist with 5G for a very long time.

Interviewer: So, the average end-user doesn’t need to be worried about whether the iPhone they just invested in is going to become obsolete once 5G really hits the market?

Dominic: Absolutely not. Eventually, developers will catch up to 5G and develop applications that require 5G connectivity. For example, immersive virtual reality, whether it’s for gaming or a simulated training experience in business, is probably going to require 5G. And there are some experiences, like live-streaming a concert or a professional sporting event, that are going to be made immeasurably better by 5G, but the average user will be able to get by on 4G for quite some time, probably longer than the average lifespan of whatever device they’re holding in their hand right now.

The Evolution from 4G to 5G is user-centric

Interviewer: You said evolution to 5G will be different than the evolution from 3G to 4G. Let’s go back to that. What makes this evolution different?

Dominic: 4G to 5G is a very end-user centric step. We all know engineers can get lost in their love of technology. They can create new versions that are technologically awesome but do nothing for the end user. I think we’ve all experienced that at one time or another. We upgrade to a new version of an application that works very differently from the previous version, for no apparent benefit.

I see the biggest difference with 4G to 5G is that the smart people who developed these technologies have paid attention to more than just how much more bandwidth they can get. They’ve asked themselves, “What do we really need to do to create a more positive user experience?” So, they focused on application delivery, and they focused on lowering latency.

>Also read: Enabling Hybrid IT with the Right Network Connectivity

Interviewer: Let’s drill down on that for a moment. What does latency mean for the average end user?

Dominic: Latency is that time between when you click on something and when that content is delivered back to you. It’s that time when you click on your Netflix link and you have 5 to 10 seconds of buffering before you can watch an episode of your favorite show or a movie.

Focusing on latency and application delivery is going to be transformative for wireless networks. It’s the lower latencies that people talk about when they talk about autonomous vehicles. The lower you can drive these latencies, the more responsive the vehicle can be to conditions. Same thing for an application running remotely-controlled autonomous warehouses. And, of course, we want this lower latency when we’re playing a multi-player video game that requires regular downloads of additional data from the server or when live streaming a football game.

These are just examples that I think everyone can relate to today, but there will most certainly be applications of 5G that those of us who aren’t focused on application development have never dreamed of. A few years from now, we may suddenly find ourselves thinking back on those animated buffering symbols and wondering, “how did we ever get by?”

In this blog post Q&A series, we’ll also be looking at the deployment of the network technology behind 5G, the business impact of 5G and edge computing. Stay tuned for part II of the Q&A.

> Interested in reading more about the future of the data center? Read our Q&A blog post on the Software-Defined Data Center of the Future.