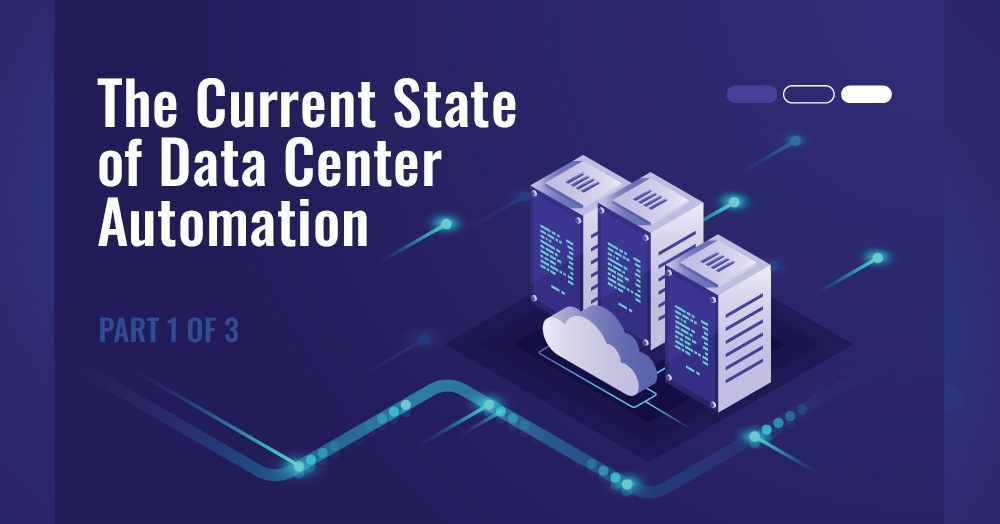 As we near the end of 2018, many organizations are well into their 2019 planning cycles. Next year’s imperatives for IT leaders include things like restrain costs, increase agility, and increase value to the business. We sat down with Sunny Shah, VP of Software Development at TierPoint, to get his perspectives on how data center automation will help businesses reach these goals.

In the first post in our series, Sunny talks about where we are as an industry and how organizations can catch up to some of their more automation-aggressive peers.

The state of data center automation

Interviewer: Sunny, the idea of automation has been around a long time. Can you talk about the state of automation, especially in the context of data center automation?

You’ve probably heard the acronym “FANG” that was coined maybe a couple of years ago. It stands for Facebook, Amazon, Netflix, and Google. While your average person may know them for the products they offer, these four companies handle an incredible quantity of data and have done some amazing work in this space. Their data centers are almost self-driving with no human intervention required.

If a component in a server fails in your average data center, you might have an unplanned outage or lose data. At Facebook, for example, it’s like a ripple in the ocean. There are no interruptions; no service issues because automated remediation is built into their core platform. When the system detects a failure, it automatically routes traffic around the failure and switches over to backup servers that contain an exact replica of the data.

That which still is physical, the replacing of the server or a component, for instance, is highly automated, too. When there is a failure, someone in Facebook operations will receive an alert telling them what has failed and why. If it’s a hardware failure, the technician can just swap out that component on their next pass through that data center. When they insert the new component, the system will automatically configure it, perform checks, and then integrate it into the data center. Very little interaction is needed from the engineer.

The key, here, is that because everything is automated a failure of one piece of the infrastructure doesn’t cause a cascade failure throughout the system. And unlike in a traditional data center, failure of a component doesn’t constitute an emergency either. As I said, it’s a ripple in the ocean that no one notices except the engineer alerted to fix the problem.

The use cases for automation

Interviewer: But not everybody is a Facebook, right? What kinds of use cases should the average organization be looking at?

Right. Not everybody has the deep pockets for R&D that these companies have, but what they and other pioneers like VMware have done for automation over the years is rapidly becoming available to the rest of the business world. What we’re really talking about here is the Software-Defined Data Center, a term that has taken center stage in automation discussions.

Related Resource: The Software-Defined Data Center of the Future is Here

But we don’t have to talk about the data center of the future to talk about automation; automation is everywhere these days. Take backups as an example. Back in the days when I used to configure backup jobs, the whole process was complex and involved many manual steps that a lot of companies didn’t do them the way they should. These days, you can automate configuration of backups to the point that they are almost instantaneous, you don’t need to think about running them, and no one on the network even knows they’re happening. Patching your OS and applications presents a similar use case.

Automation is also becoming increasingly useful in the security space. IT security, done well, has always been somewhat automated, but the new trend is toward more machine learning and AI. The security software available today has become a lot smarter. It’s adaptive. The rules evolve as the patterns change and new patterns emerge. It’s not too far-fetched to imagine a future where security is instantaneous and largely autonomous – assessing a threat, mitigating it, and adapting the system parameters will be part of any of your mainstream technologies and data center services. TierPoint is doing a lot of that today in areas like DDoS mitigation and remediation.

When it comes to data centers, IT leaders should focus on automating repetitive, time-consuming, and error-prone tasks. I mentioned a couple of use cases already, but let’s look at one that is even more tied to the concept of data center automation: building a virtual machine. This process will typically have seven to nine steps. You can automate individual steps or automate the entire workflow. Not only does it make the process more efficient and less error-prone, with less human-intervention needed, it also decreases the level of skill needed. That’s a benefit that shouldn’t be underestimated at a time when almost everyone in this business is having problems finding and retaining the right IT talent. 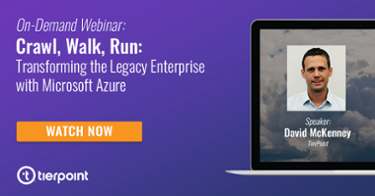 The use cases that are not a fit for automation

Interviewer: Are there tasks that don’t lend themselves to automation?

There are a lot of higher-order IT functions for which I have not seen any useful automation, for example, capacity and performance management. While the advances in data analytics significantly improves these functions, there’s still human intuition and experience involved in specific recommendations. To date, we haven’t found a solution that has been able to replace the acquired expertise these engineers have.

On the other end of the spectrum, the realist in me accepts that companies are at very different levels when it comes to automation. Some of this is institutional. You might have an IT department that sees automation as a job killer. They’d rather keep the same job titles and responsibilities year after year instead of letting advancements in technologies dictate job descriptions and resource requirements.

Resistance can be for technical reasons, too. A lot of IT departments are stretched so thin that they don’t have time to develop the skills they need to do things differently. They barely have time to question the processes they have in place now. This is a dangerous place to be because while you’re focusing on doing time-consuming tasks the same way they’ve been done for years, the rest of the world, including your competitors, is passing you by. The biggest barrier for enterprises to achieve the Automation Nirvana is lack of standardization. Variability has killed many automation initiatives!

Next steps in automation

In our next segment of our interview, we’ll talk more about the benefits of data center automation and what’s driving the heightened levels of interest.

Automation can be a valuable tool for any business looking to transform. Learn how TierPoint can help you maximize performance and availability to create the best experience for your users. Contact us today.